Mark my words, but the situation we have today (as of May 2020) in the economy and politics globally is the end of globalisation as we know it. If you missed somehow in the notion of globalisation, it is, according to IMF 2000 definition, “the increasing integration of economies around the world, particularly through trade and financial flows.” Besides the trade and capital movement, it relates among many others to the movement of people and the spread of knowledge/technology as some of the most important mechanisms for the existence of globalisation. We are about to witness how all of these are going to be trashed or replaced. Replaced with what? Now, this is a good question. To even distantly approach it, we need to see why/what for globalisation exists, what happens now (past years, even a decade) to threaten its existence. Only then we can imagine/fantasise what is next.

It is almost a common sense that trade is a part of the big geopolitical game and the rules were set to serve the interests of the main beneficiary (-ies). Let me reemphasise: it was assembled by the interested player(s) for the expected benefits of the interested player(s). If someone is good at swimming, it would be naïve to propose to compete at marathon running especially with professional runners. If you are good at swimming, then make everyone swim. The existing global trade system was designed to facilitate trade in those areas, where the western civilisation has a relatively good edge against the rest. The system is designed to support the trade of high-tech products, goods and services, and financial instruments which yield thicker profit margins. The rest of manufacturing, for instance, is considered insignificant and was outsourced to the second and third world countries. No one designed the system for the resistance of the heavy stress conditions, global crisis, major threats as this is not the main strength of the one who sets the rules.

In the post-Soviet era/post-Cold War era, it was considered that the development of the globalisation would secure the leading position of the USA as the main beneficiary. The foreign policy of Ronald Raegan administration brought “the giant” to the knees. The decision was made to ransack the Soviet Union, Russia and the satellite states, benefiting of the abundant resources and relatively unsaturated market of Eastern Europe. Think for a moment about the geographic spread: from Eastern Germany on the west, to Yugoslavia on the south, up to Estonia and all the way to Russian Kamchatka laid the market to consume the manufactured products and resources awaiting for someone to get hold of them. The pie was too big to digest alone so the States brought to the table its Western European allies. At about the same time, China was allowed to get access to the globalisation system. China, at the time, was a huge pool of cheap human resource and outsourcing some of the insignificant tasks made good sense. Then producing more advanced products made equally good sense, since no one expected anything of China. The players made money out of this cooperation, but no one expected that China can win the race. The race was for the white gentlemen to win – not for China. Fast forward to present days, here we are: China is the biggest manufacturer, biggest economy, with the biggest internal market, projecting its influence there, where only the gentlemen were allowed (Africa, Middle East, Europe and even Americas).

END_OF_DOCUMENT_TOKEN_TO_BE_REPLACED

Internationalization is a complex process with many scientific articles dedicated to that. Comprehensively presenting it in a format of a short blog post is a task that requires major simplifications. Nevertheless, here is what it takes from a company to consider this major step in terms of market, operation modes and product – internationalization strategy canvas.

Understanding the big picture is critical for strategic decision-makers. Implementation of a decision too early or too late can turn very costly. Especially in the context of internationalization, a right decision in a right time makes an ordinary company extraordinary. The challenge is though how to understand the timing and correctly interpret the operational context of a firm, when external environment is always in a change? 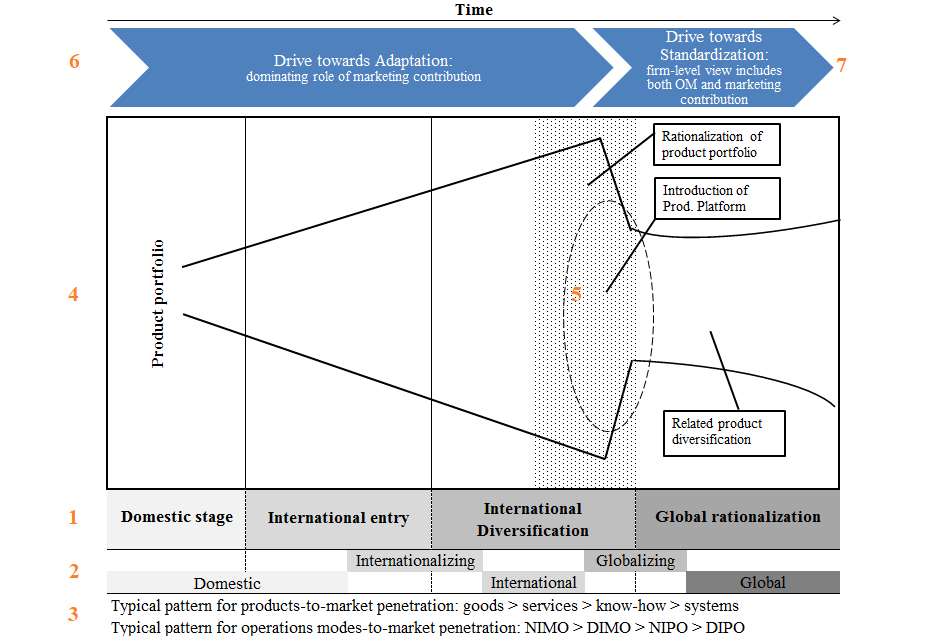