During the Sustainability and International Business Ethics class taken during the spring semester of the year 2015 (19.04.2015), we had a problem-based learning session. During the session, we discussed the ethics of premium pricing on cancer treating medicine. As a part of the learning process, we were organized in groups. Based on the learned material and the voiced during the session problem, the groups had to come up with the relevant question, which later needed to be answered individually by each student within the limits of 3-4 pages. The group I was a part of produced exactly the question, which is the topic of the post. Below is my reflection about the challenge. 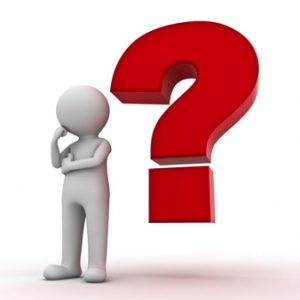 So, the question is when balancing the different perspectives in business life, whose ethics matters the most. This question clearly considers three aspects: the ethics (see the “different perspectives”), applicable context (see the “business life”) and stakeholders (see the “whose ethics matter the most”). Surely, the easiest way is to start with the list of most spread ethical approaches. Those approaches one can synthesize with the voiced during the problem-based learning (PBL) session three important perspectives in the business context: company, customers and institutions. After that, one can write a paragraph or two of personal analysis and page assignment is ready for the submission.

I advise a different approach. Perhaps, instead of looking for a ready-made ethical point of view, one needs to look at the starting point of each ethical position, the metaphysics, and decide for oneself. The honest answer will determine the answering pattern to the current discussion and will affect the ultimate result generated by each ethical approach. In my opinion, the answer is not what is good or bad and whose opinion is more important but where the reasoning starts. The answer to this question simplifies the understanding of the following to the starting point argumentation flow, which I find more important than identifying the smaller details of the answer.

There are mainly two starting points: the accident and the rational design (Keller, 1993). The most recognized example of accidental origin of the universe and life is Darwinism, but also anarchism, Nazism and postmodern ethics. Here, there is no assigned role to deity, no rules and no responsibilities. The rational design mostly comes from the religious tradition, predominantly monotheistic, whether it is Judaism, Islam or Christianity. The Greek philosophy, on which the western culture and law is based upon, widely discusses the importance of the Designer for a design to exist long before going into creating a set of rules. All rational design ethical perspectives start with metaphysics and the reasoning about the starting point, explain the importance of ethics in physics and end with metaphysics. I will start next briefly following each line of thought.

Since there was mentioned the theory of evolution a few times during our class discussion, I will refer mainly to this point of view as the representative of the ethics of accident. The main postulate of this theory is that the fittest species survives while the weak one should seize to exist. The natural selection plays its role as the main mechanism. There is no ultimate rule and, thus, logically would be to not to have anyone impose his own point of view on others. In this case, egoistic own benefit and the interest of own species is the ultimate measure of good or bad.

Unfortunately, when we start with the accident, the talks about the ethics are absurd and do not matter because there is no purpose. One comes out of nowhere, wobbles for our life-given time and vanishes into nothing. Living to own best interest, taking the best, enjoying life are some famous mottos of the “accidental approach” to life. Charity, social care and equal distribution of wealth have nothing to do with this worldview. It comes into the cognitive dissonance with the underlying logic of the perspective. Ethics, law and other humans, including those of the same species are only the obstacles to enjoying life.

If, though, we further continue drawing this line of thought, we will naturally come to the example of Nazism (Soviet Union communism and western capitalism follow this same pattern though less explicitly). Nazism says that the selected race, the Arian, the race of strong, smart and beautiful should rule and the other obey or disappear. Although the German Nazism was condemned, there is no moral ground to condemn this point of view if we honestly, faithfully and continuously believe the arguments of Darwinism and the ethics of accident.

In the context of business, the implementation of accident approach or Darwinism would lead to some results we can call unethical: quick irresponsible profits, use of resources for immediate interest, implementation of such business practices that bring own wealth on the expense of the society. Depletion of natural resources is perfectly fine under such worldview because the strong will adapt to the new environment and the weak one should fade. The democratic leadership style within an organization makes no sense. Contrary, dictatorship is the best way to structure the life around oneself. Exploitation of the workers as the means of production close to slavery is fair and reasonable or, at least, in all honesty is consistent. Any talk about the social responsibility is useless, as one should act in the best interest of the owners (shareholders) only. In other words, let the Smith’s and Freedman’s “free market economy” work. It will address the problems in the long run. Perhaps, the “long run” will be too late for someone living to see the change, but this is not the concern of this perspective. These are just few examples to which accident perspective as the origin of life and its ethics leads.

In my opinion, the proponents of the accident in their attempts of talking about the ethics and explaining their need of acting morally are inconsistent, dishonest and often hypocritical. While having no absolutes besides egoistic interests and, thus, a ground for ethical judgment about the good and bad, an obvious cognitive dissonance is in place. This worldview allows lying and “adapting” as long as it increases the ROI, because there is no one to judge. That said the corporate social responsibilities (CSR) is often implemented to the point, which only increases the economic benefit of a firm and its owners.

The other approach to the origin of the universe is rational design (RD). It assumes that behind every design there is a designer and creator, which is some call the god, some call the cause, some – the beginning. The religious connotation of this concept creates irritation in a postmodern individual. Meanwhile, it has successive logical explanation of existence and attributes value to ethics.

The RD bases its reasoning on few foundations. The RD implies that there is rational designer. There is the rational beginning of the Universe. The Universe has been designed according to designer’s guidelines and liking. Ultimately, the Universe is oriented toward designer, fits the creator, and should serve the designed goal. The beginning of the physics also means that it will end according to the designer’s plan and goal. The existence of a designer implies that there is actually purpose for everything. The designer sets the purpose.

Further, I will take the position of Christianity for the purpose because, in my opinion, it has rather straightforward consistent explanation with consecutive ethical implications from it. The goal is to find and realize the embedded by the designer individual purpose by preserving the design while generating the value for the interests outside of oneself. This leads to acknowledgement of the external designer, equal position of oneself among other (humans, animals, and universe) and correlated responsibilities. This, in turn, leads to the following famous ethical principle: “Love the Lord your God with all your heart and with all your soul and with all your strength and with all your mind’; and, ‘Love your neighbor as yourself’“ (The Holy Bible, The International New Version, 1984: 950, Luke 10:27). “To love” here is not the fuzzy feeling in one’s chest but actively acting in the interest of the objects of love – the deity and neighbor, environment, thus, realizing own purpose.

Application of this approach to business life would lead to better outcomes for the society as a whole.  Among few are better social welfare, higher workers’ productivity, strong motivation for self-realization, responsible use of resources, rather cooperative than competitive interactions, honest value proposition to customers with according quality and pricing, obedience to legal requirement with motivation to exceed them, – all of the topics, which attract passionate interest, rigorous discussions and wigs on the green from the business experts and academics with minimalistic outcome because of their starting point with the subsequent logical developments. This approach encourages development of the better place to live and work for everyone. The idealistic nature of such environment is obvious because there will appear some who are interested in own benefit over the benefit of all. Still it does not diminish the value of the approach.

This all said, in voting for whose ethics matter most, I take the approach of the RD. The focus on acting in the best interest of all is acting in my own best interest unlike the commonly encouraged capitalist paradigm of acting in owners’ interests to benefit some. The use of RD approach in business has higher sustainability potential with long-term benefit orientation.

Going back to the case we started with (the ethics of premium pricing for cancer treating medicine), not all products are equal from the perspective of their ethical weight and impact. There are luxury products that have cheaper alternatives and substitutes. Setting high price on those is fine. There are those products on which lives of people depend as we had in our case. Setting irrational pricing on these is not only unethical but also immoral. Firm can singlehandedly hurt itself by inappropriate or unethically reasoned sales strategies as we saw from the discussed case. With increased global operation, the aspects of legal and ethical decisions as the part of sales organization become even more obvious (Ferrell, Ingram, & LaForge, 2000).

In brief, my answer to the set question is that I vote for balancing between the interests of all stakeholders and consolidation of it legally. The incomplete and varying list of the stakeholders includes the shareholders’ interests, customers, government, organizations with their goals, suppliers, natural environment, benefits of the whole society. These parties affect the operation of a firm, thus, the opinions of all affected sides need to be taken into account. I admit, the decision will not be quick nor easy, which means that there will be no “quick profits” either. On the other hand, it will discourage questionable decision-making and will lay the ground for truly long-term sustainable development.